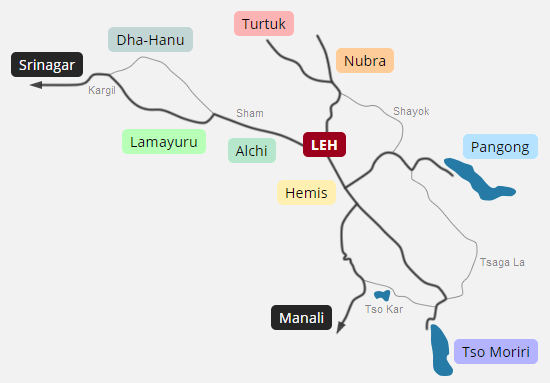 A tour package is a combination of several sightseeing tours.

Each tour package can be customized to suit your interests, budget and time frame. For more ideas, check out these travel itineraries.

Tour packages are arranged with private taxis (the car is only for you and it will not be shared with other passengers).

Our dedicated team can assist you with your accommodations, permits and everything else you need.

Short description of the main places to visit in Ladakh

In the west part of Ladakh, Alchi and Lamayuru are two well-known Buddhist monasteries along the Indus valley. This part of Ladakh is also known as "Sham" which actually means "West" in Ladakhi language. There are other monasteries which are worth a visit such as Likir, Basgo and Rizong. You should not miss the Sangam viewpoint to admire the confluence of Indus and Zanskar rivers. Closer to Leh, Gurdwara Pathar Sahib is a Sikh temple that houses a holy stone. A few kilometres further on the Leh-Srinagar highway, you will not believe your eyes when your driver stops at the intriguing Magnetic Hill! Head to the remote Dha‑Hanu valley if you want to meet the Brokpa people and discover their unique culture and traditions.

Just 40 km from Leh, the Hemis monastery is the largest gompa in Ladakh. Between Leh and Hemis, there are other interesting monasteries such as Thiksey, Shey and Stakna scattered on each side of the Indus river. If you are interested in the royal history of Ladakh, you should plan a visit to the Stok Palace museum.

Heading north from Leh, go and explore the mesmerizing Nubra valley that is accessed via Khardung La pass, the highest motorable road in the world. Visit Samstanling monastery in Sumur and the impressive Diskit gompa built on a mountainside above the village. Riding a double-humped camel at Hunder sand dunes is a once-in-a-lifetime experience. If you have more time, you could go all the way to Turtuk, a pleasant Muslim village a few kilometres from the frontier with Pakistan.

While visiting Ladakh, make sure to include at least one of the lakes in your itinerary. These lakes are located in the east part of Ladakh, on the Tibetan plateau. The breathtaking Pangong lake, where the final scene of the movie "3 Idiots" was shot, can be reached from Leh via Chang La pass or from Nubra via the small Shayok road. From Pangong, a rough road runs south over the remote Tsaga La pass to the magnificent Tso Moriri lake, the largest high-altitude lake in India. Wildlife lovers should spend time at Tso Kar lake to observe rare Himalayan birds and other mammals.

There are two great options if you plan to leave Ladakh by road. The first option is to travel from Leh to Srinagar (Kashmir) with an overnight stay in Kargil. The other option is the unforgettable 2-day road trip from Leh to Manali (Himachal Pradesh), driving over some of the world's highest mountain passes. The Leh-Srinagar highway is usually open from May to November and the Leh-Manali highway from June to October. For more information about these road trips, check out this page.

For more details about the places to visit in each area, check out this interactive map of Ladakh. Note that an Inner Line Permit is needed to travel to the Nubra valley, Dha-Hanu valley, Pangong lake and Tso Moriri lake. 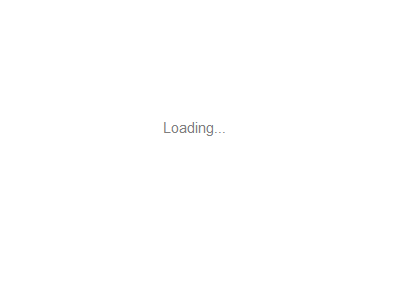 HOW TO BOOK
A TOUR PACKAGE:
step-by-step guide