Ladakh lies at an elevation over 3,000 metres above sea level. The altitude must be carefully taken into account when planning a trip in the region to prevent Acute Mountain Sickness (AMS) which is also called altitude sickness.

Most tourists reach Ladakh by air and they land at Leh airport. The elevation of Leh (the capital of Ladakh) is 3,500 metres above sea level and you must take 2 days of acclimatization at this height before going to higher altitude. Some of the top attractions in Ladakh are at higher altitude: the Khardung La pass leading to the Nubra valley is at an elevation of 5,602 metres, the altitude of Pangong lake is 4,250 metres and Tso Moriri lake lies at a height of 4,530 metres. You can travel to these places only when you are properly acclimatized to the altitude.

To help you plan your trip in Ladakh without taking any risk with altitude sickness, you should read the recommendations below and follow one of these itineraries.

Background: Acute Mountain Sickness (AMS) is commonly experienced by travellers visiting Leh, Ladakh. The aim of this study was to determine the prevalence of AMS depending on the mode of transport used to reach Leh (by flight or by road from Srinagar or Manali).

Methods: Between May and October 2018, a survey was conducted among 3278 tourists in Leh. Within 3 days of their first arrival in Leh, the participants filled in a questionnaire based on the Lake Louise Scoring System (LLSS) in order to quantify the symptoms of AMS. Participants were also asked how they reached Leh: by flight, by road from Srinagar or by road from Manali.

Results: Mild AMS (LLSS ≥ 2) was defined by the presence of mild headache and at least one other symptom: poor appetite, mild fatigue, dizziness or sleep disturbance.

The prevalence of mild AMS was:

Note: for participants who reached Leh by road from Manali, 24 % of them suffered from moderate AMS (LLS ≥ 4).

Flying to Leh and resting for 24 to 36 hours is the best option to reduce the risk of AMS.

Contrary to popular belief, travelling by road from Srinagar to Leh presents a higher risk of AMS than flying to Leh. Indeed, the tiredness caused by the 2-day road journey could prevent the body from acclimatizing properly to the altitude.

Travelling by road from Manali to Leh is strongly discouraged. There is a very high probability of suffering from mild AMS and an increased risk of more severe forms of AMS. The 2-day road journey crosses 3 passes over 5,000m altitude. It should be done at the end of a trip in Ladakh, from Leh to Manali, when already acclimatized to the altitude.

How to plan a trip to Ladakh with altitude & acclimatization?

If you go to high altitude quickly, your body has to adapt to the lack of oxygen: this is acclimatization.

In the short term:

In the long term (a few days):

For more information, check out the altitude of places of interest in Ladakh.

What is altitude sickness or Acute Mountain Sickness (AMS)?

Altitude sickness is also known as Acute Mountain Sickness (AMS). If you go to high altitude too quickly, your body will not be able to adapt properly to the lack of oxygen and you will suffer from AMS. Altitude sickness can happen to anyone and there is no way to predict it. Some people acclimatize quickly, some people acclimatize slowly. There is no significant effect of age, gender, physical fitness (even Olympic athletes can suffer from AMS).

There are 3 stages of AMS: 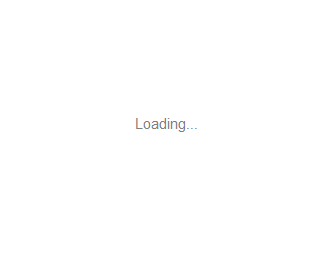 Administering oxygen from a portable cylinder

Oxygen cylinders are available for rental when you book a taxi. You still have to follow the acclimatization guidelines even if you rent an oxygen cylinder.

Is there a risk if I come to Leh by road (from Srinagar or Manali)?

How much time do I need to acclimatize to the altitude?

Once you reach Leh (by flight), it is recommended to spend 2 or 3 days at the same altitude (3,500m) before going to higher altitude. During this time, you can visit Leh city, discover the monasteries of the Indus valley and explore the Sham region (western Ladakh). Then, you can head to Nubra valley, Pangong lake and Tso Moriri.

What do I need to do if I have altitude sickness symptoms?

If you have mild symptoms of AMS, you should rest at the same altitude until the symptoms go away. You need to drink a lot of water and you could take paracetamol.

If you have more severe symptoms of AMS, you have go to lower altitude immediately. If you have rented an oxygen cylinder, use it to reduce the symptoms of altitude sickness. In extreme cases, Leh hospital is equipped to treat AMS (hyperbaric oxygen therapy chamber).

Is Diamox necessary for Leh-Ladakh?

The drug Diamox (also known as acetazolamide and normally only available on prescription) has been shown to aid acclimatization in some individuals, and therefore may reduce the risk of AMS. It is a preventative medication, and not a cure.

Diamox could be an option for people going for trekking or mountaineering expeditions. However, if you only do sightseeing tours Ladakh, it is not recommended to use Diamox. You do not need Diamox if your itinerary follows the acclimatization guidelines and if you rent an oxygen cylinder during your trip.

People considering using Diamox should speak to their doctor about the drug, its side effects and a prescription.

An oximeter is a medical device clipped onto the fingertip that measures the oxygen saturation of the blood (SpO2%).

Measurements with the oximeter should be done at rest.