The musical heritage and cultural legacy of Ladakh is enchantingly rich, colourful and splendorous. Our folk music and dance have no equivalent. Distinct in display and performance, a variety of cultures of different tribes and communities suchlike Tibet, Balti, Mons and Brokpa influenced the performing arts of the land. Let’s take a tour of 'Dance and Music' of Ladakh, often known as the 'Crossroads of High Asia', a reference to its important role during the great Silk Route days.

Of many types of dances, most are slow, simple and performed leisurely. They are enacted in complete harmony with the rich folk music assisted by the drums (Dhaman) and oboe (Surna) pair. The best of performances can be seen on the occasions of religious festivals, wedding ceremonies, cultural festivals and harvest season. The folk dances usually begin with paying homage to the 'Three Gems' - the Buddha, Dharma and Sangha. Some dances are assigned exclusively to women called Pomey-rtses, whereas the men perform the Butsey-rtses. Here, we are listing out some the variety common in Ladakh.

Kathok Chenmo is a dance style for the nobility in celebration of the glory and dynasty of Ladakh. Khathok Chenmo translates as the 'large roof'. It’s a reference to the huge balcony of the seven storied Leh Palace, which could be visited even today. During the reign of the kings, this dance was exclusively performed in honour of the kings of Ladakh and their families. The Kathok Chenmo dancers were handpicked and are often patronized by the kings as their personal entertainers.

This dance derives its name from the way its performers tap their feet. Literally, Kompa Tsum-Tsag translates as 'three steps'. Similar to the usual ways of the folk dances in terms of tempo and gait, the Kompa Tsum-Tsag dancers include three successive steps in their routine. The alteration is so inconspicuous that it takes a set of seasoned eyes to distinguish between it and other dance forms. So, don’t even dare to identify subtleties of Kompa Tsum-Tsag, you would simply embarrass yourself. One of the slowest dance forms, it’s performed by both the sexes with utmost pleasure and zest in its slow but counted rhythm.

Spao means warrior in Ladakhi language. Spao-tses or Warrior Dance is associated with the legendary Ling Gyalam Kesar of the famed folklore prevalent in Ladakh. Often considered as 'the Mahabarta epic of the Central Asia', the legends of the King Kesar and his divine horse can be found in many countries and cultures. Orally transmitted for generations, its versions could be traced from Mongolia, Tibet to Ladakh. And, interestingly, every region and area of the vastness it influenced has a different version. Even in Ladakh, we could find a variety of Galam Kesar lore. In the olden days, prior to the onset of television and radio, it was performed in the winters when people were inbound and found ample time for such leisure. The epic, traditionally performed orally, took to dance routines and even in the written form. Depicting episodes of the epic, which stretches in more than seven volumes, the dancers glorify the righteous and valorous warrior with implements such as swords, quiver and bow-arrows. 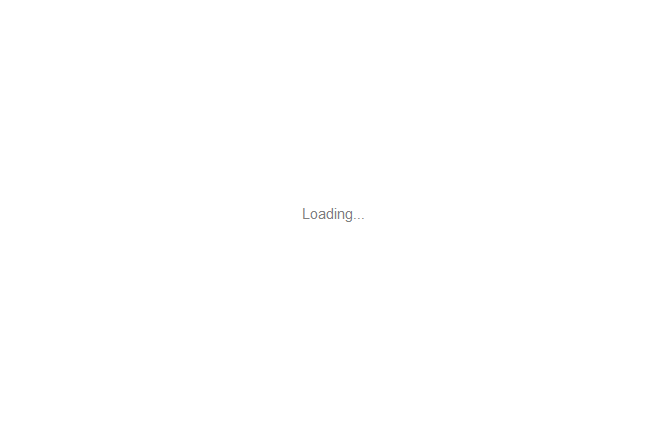 Dha-Hanu is located some 160 km north west of Leh. The villagers with distinct facial and physical features are considered decedents of the retreating army of Alexander the Great. Mentok Stanmo is performed in Dha-Hanu as a celebration of flower bloom in their valley. The dancers offer the first harvest of the floors to the Buddha, Gods and local deities. Needless to say, the performance draws a crowd of locals, and with the opening of Ladakh for visitors, the tourists too throng the flower festival.

Horse Sport is a tradition of Ladakh. It features in different communities of the region with their own variety and distinction. However, horse racing is the staple competition that forms an integral part of the equine affair. To compliment the thrill and excitement of such a gathering, Koshan Dance is performed. The artists don beautiful dresses decked with colorful brocade silk with an assortment of jewellery. Therefore, it’s also known as the Brocade Dance.

Jabro is unique to the nomads of Changthang region, to the east of Ladakh. Men and Women form two strings and dance to the tune of traditional instrument Dram-nyan (lute). It has a major influence from the Tibetan Culture. Even today, the style, tempo and the instruments that accompany Jabro is distinctively Tibetan. In fact, Changpas (the inhabitants of Changthang) are Mongolian, one of the major racial stack of Ladakh, believed to be migrated from the highlands of Tibet. With time, Jabro has been adopted by other communities. Though, its confident steps and high-octane routine have been mellowed down to match the slow folk dance styles prevalent across Ladakh.

Shondol Dance owes its existence to the royalty of Ladakh. It was specifically composed and performed for the appeasement of the king and his retinue. Performed by highly skilled and handpicked women known as Tokshomas, Shondol beguiled and entertained the court of the kings for many centuries. Today, it is known for its graceful movements and supple gait of its attractive young performers.

Takshon or Shon was an exclusive dance for the royal families of Ladakh. The women from noble families would perform it in the honour of the king on the eve of the New Year. Back in days, the commoners were not allowed to practice this dance. However, with the advent of the modern times, Shon is available for anyone to practice and indulge.

Yellow gowns and pointed shimmery hats are distinctive features of Nyopa Dance. It’s performed primarily during marriages in the Buddhist community. A group of young men (Nyopas) from the groom’s side performs this dance while completing the rituals of the conjugal ceremony. They are responsible to get the bride from her home to the groom’s house where the marriage proceedings take place. Along the way, they perform Nyopa Dance and sing a plethora of folk songs. It’s only upon successful rendition of marriage songs that they are allowed access to the bride. The entertaining and playful event is much to be witnessed than to put in words. Don’t miss your friend’s marriage, if he or she’s from Ladakh!

Cha-rtses is a recent addition to the dance forms of Ladakh. A group of women performs it wearing Sulma (a traditional gown) with a colourful drape symbolizing the wings of pigeons. Its flowy gestures and moves emulate the bird. A song describing a group of pigeons, their flight over a village and a lady feeding them accompanies the Cha-rtses renditions.

Loshon is a harvest dance, especially performed in Shey village which was once the capital of Ladakh. The villagers gather to celebrate the end of the harvest season. Both the sexes participate in the carnival of celebrations and thanksgiving towards the Buddha and other deities. The celebration is a daylong affair where you could experience the richness of their peculiar culture and tradition associated with harvesting.

The Aryans or Brokpas are considered the tribes who settled in Ladakh, primarily around the Indus River belt, before the Mongolian stack from the Tibetan plateau. Their culture is distinct and unique, especially their attires, jewellery and other paraphernalia. They use a lot of flowers and silver jewellery in their getup which adorns the wearer head to toe. The Brokpa dance is somewhat similar to the folk dance but their costume of white heavy robe, accentuated with a bouquet of flowers on their head paired with a lot of antique silver and copper jewellery create a spectacle of its own. Though they practice Buddhism at large, however, traces of shamanism could be still found in their belief systems. Their language too is unique with its origins from Dardic languages mixed with a motley of languages such as Sanskrit, Hindi and even English. Neglected for a long period of time, the researchers and scholars are taking a keen interest in Brokpas, their culture and history to establish a unique narrative of the ancient period of Ladakh.

Said to be originated in Zanskar region, south-west of Ladakh, both males and females partake in this dance form. 'Alley Yato' refers to a friend, partner or a confidante that you could rely and trust with your ups and downs. The dance is accompanied with a song that exuberates with camaraderie and friendship.

The Chabskyan Dance is famous for its prop the 'Chang' pitcher that sits on the dancer’s head. A Butsey-Tses, Chabskyan is performed by men wearing a special black hat that holds the pitcher firmly. The dance begins with a salutation with slow steps. As it progresses, it picks up pace that toes the cues of Dhaman and Surna, eventually leading to a swift walk nearing its end when the dancers salute the guests and audience.

It’s performed by the Muslim communities of Kargil and Turtuk. Balti Dance is unique with its own attire, music, accompanied with songs in Balti language. It’s performed on special occasions like festivals or ceremonies. Some of its variants are reserved only for religious occasions to pay homage to their lords and messiahs.

Well, dance without rhythm, music and songs is unthinkable, neh? The traditional music of Ladakh is melodious and mostly slow paced. Let’s take a quick tour of some of our music and instruments.

A variety of vital musical instruments are employed for different dances and purposes in Ladakh, though Daman (Drums) and Surna (Oboe) are the two fundamental instruments. They are paired up to champion the beats and melody, the two important aspects of any musical composition. Historically, they were brought to Ladakh in 17th Century when Gyal Khatun, a Balti Princess, married the King Jamyang Namgyal of Ladakh. Since then they have assumed the central stage when it comes of traditional music.

These instruments are popular among the Changthang community. The string based musical instruments accompany the Jabro renditions of the community. They have their origins in Tibet. Even today, the strumming pattern and the melody of composition played on these lutes have an unmistaken influence from the Tibetan culture.

You will also find Lingbu (flute) used extensively in our music. Made of bamboo, they come in variety of shapes and formats. This humble instrument has made its mark in the Ladakhi musical landscape for generations together. However, we see an ever decreasing flute players as we progress in modernity.

It’s a recent addition to our repertoire of instruments. A percussion based instrument, Harmonica is played with piano-like keys while the artist blows air with his other hand. During 1980’s and 90’s, it was employed extensively as a new trend setter. You could find a lot of songs and musical compositions written for Harmonica in the times of the cultural renaissance after the Indian Independence when Ladakh escaped the clutches of the Dogra rule.

With the advent of modernity and exposure to the outside world, especially after the Information Age revolution, youth of Ladakh are also embracing modern and contemporary music, instruments and dance forms.

Singers like Faisal Khan Ashoor, Stanzin Edzes, Stanzin Shayan; instrumentalists like Angdus Dorje, Tsewang Phunstog came to the fore. Many have even ventured professionally into the dance and fitness space providing services such as dance training, instrumental classes and even fitness packages.

Ladakh Audiophile is a collective of young musicians and singers who have been creating buzz in the recent years. Similarly, Acoustive Ladakh is a musical startup. Art of Motion is a dance enterprise training students and youngsters in Hip-hop, Ballet, freestyle and so on. This performing arts ecosystem has enabled many innovative collaborations and initiatives which are producing artists, singers and performers alike.